When it comes to the ability of any insulation material to withstand fire, two key factors are the material’s reaction to fire performance and its fire resistance. For safety reasons, it is crucial to understand the difference between them.

Reaction to fire indicates if the material supplies fuel to the fire before the flashover. This classification system is composed of seven groups ranking from A1 to F, where A1 is made up of non-combustible products and F of easily flammable products (Euroclass: A1 / A2 / B / C / D / E / F).

On top of the classes, there are two additional classification criteria – S and D:

Fire resistance is the capacity of a construction element (system) to maintain its LOAD-BEARING FUNCTION, INTEGRITY and THERMAL INSULATION properties during a specific period.

Three performance characteristics need to be assessed in order to classify the fire resistance of a building element: load-bearing capacity, integrity and insulation. Certain other optional characteristics can also be assessed, e.g. radiation, mechanical aspects, self-closing ability and smoke leakage. 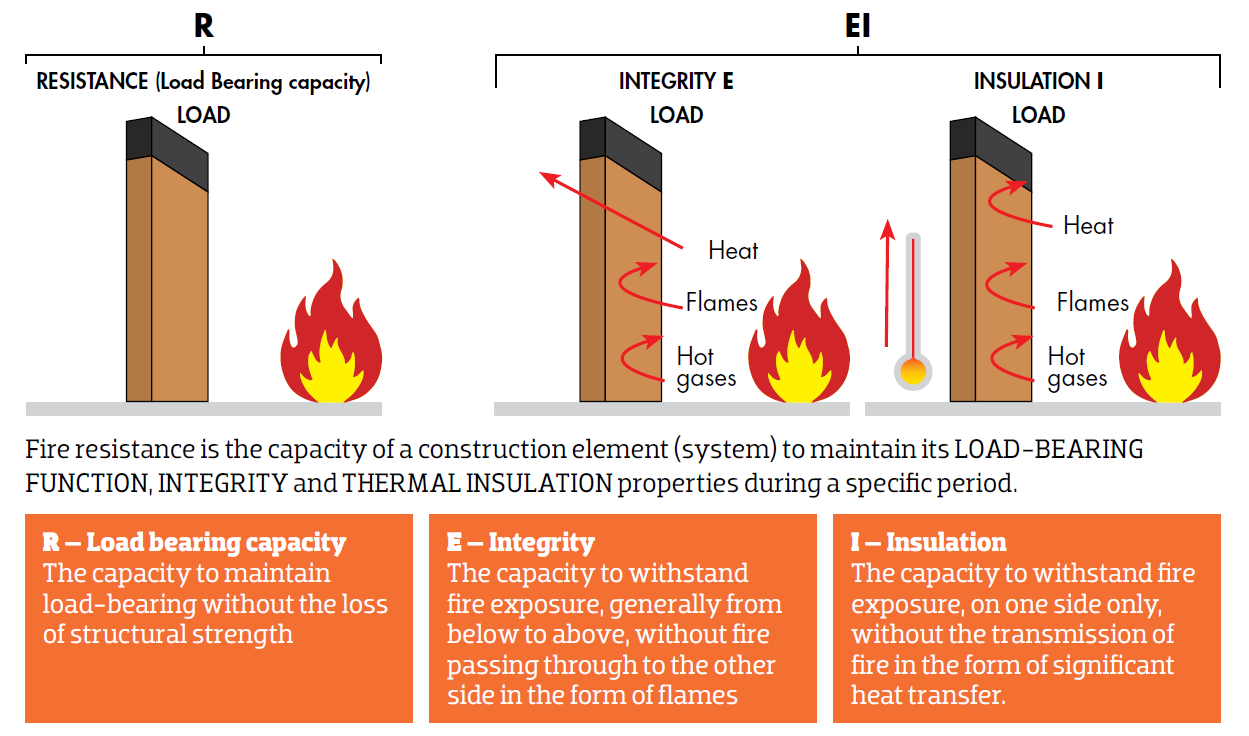 The standard fire resistance rating values are 15, 30, 45, 60, 90, 120, 180 and 240 minutes. This rating typically means the period during which a passive fire protection system / construction element can withstand a standard fire resistance test. This can be quantified simply as a measure of time or instead, it may entail a host of other criteria, e.g. other evidence of functionality or fitness for purpose.